Potential difference is the difference in the amount of energy that charge carriers have between two points in a circuit.

**Ammeters: **An ammeter measures the flow of current that passes through it. Ammeters have to be connected in series (in the same loop of the circuit) with the electrical component whose current you are measuring. For example component X above. 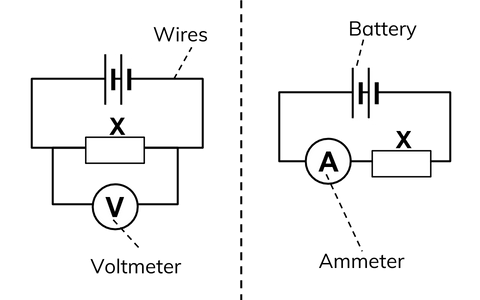