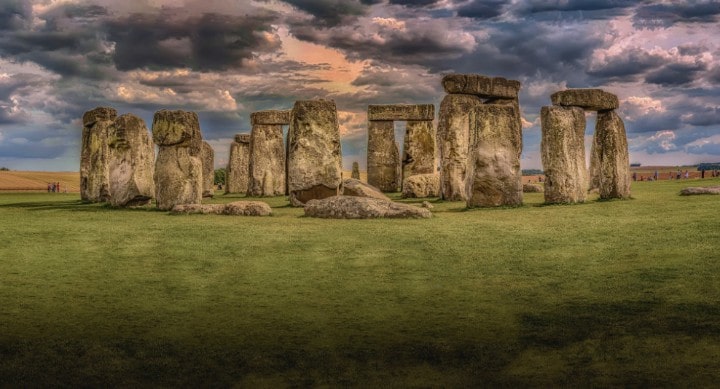 Whether you're a big MLK fan, a big Khruschev fan or a big KSI fan, Seneca is the one for you. Our exam board specific courses have all the information, all the advanced knowledge, and all the algorithms to get you to that A* in your A Level History exam.

As the Berlin Wall came down, so too, one day, will boring revision guides.

The Funnest Way to Study for A Level History

The free Edexcel history revision course of England between 1509 and 1603 includes the Monarch and the Government with topics such as the Tudor Monarchs, Changing Role of Parliament, and the Principal Servants to the Crown. It then follows into the religious changes of the Tudor Monarchs, Catholicism & Survival, and Protestantism & Puritanism. During the same period the state control changed and there was lots of popular resistance with topics such as the Tudor Control of the Country, The State & the Poor, and Resistance to Tudor Rule. A lot of Economic, Social & Cultural Changes took place too with Patterns of Domestic & Foreign Trade, Changing Structure of Society, and Cultural Change. The course ends with the Historical Interpretations such as the Significance of Threats to National Security, Court Politics, Elizabeth & Parliament, and the Social Distress in the 1590s.

The Germany & West Germany course covers the creations and collapse of Weimar all the way to the position of ethnic minorities. We go from the nazi dictatorship and the return to democratic government to the opposition to the governments, controlling the people and popular support. We touch on various aspects of life such as the attitude towards women, education & cultural developments and the position of ethnic minorities. Several economic developments and policies has a big impact during this period such as the creation of the social market economy. The course closes with a historical interpretations on the influence of Germany, Hitler & foreign policy, contribution of other nations and reasons for invading Poland.

In from Lenin to Yeltsin the revision course covers Russia between 1917 and 1991. Starting with the communist government in the USSR we go into the establishment of the communist party control, Stalin in power, and the government from 1953 to 1985. During this period several industrial and agricultural changes such as the command economy took place. During the same time the secret police was established. The history revision course ends by touching the explanation of why the USSR fell in the end.

This free online revision course includes the establishment of the Weimar Republic including the impact of WW1, peace settlement and the Weimar constitution. It touches the Golden Years as well as the great depression with the rise and appeal of Nazism. The establishment of the Nazi State starts with the consolidation of power and continues with gleischaltung, propaganda, racial policies and benefits of Nazi rules. From the establishment we go into WW2 including the war economy, racial policies, development of the cold war, division of Germany and the Berlin blockade. The revision course ends with the creation of West Germany and the GDR.

The History: OCR A A Level England, 1485–1558: the Early Tudors revision course covers Government of Henry VII & Threats to Rule, Henry VII's Foreign Policy, Henry VIII & Wolsey and The Reign of Henry VIII After 1529. It ends with the mid Tudor crises between 1547-1558 with Stability of the Monarchy, Religious Changes, and Religion & Unrest.

History: OCR A A Level England 1547-1603: the Later Tudors revision course covers the Constraints on Edward VI & Mary I, Mary I & Her Rule, Edward VI & the Succession Issue, and Factions Under Mary I. In Elizabethan England we cover religions, finances, economy and society and end with the Elizabethan later years.